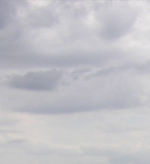 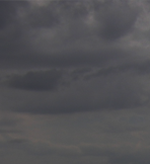 Even in our region polar lights can be seen! 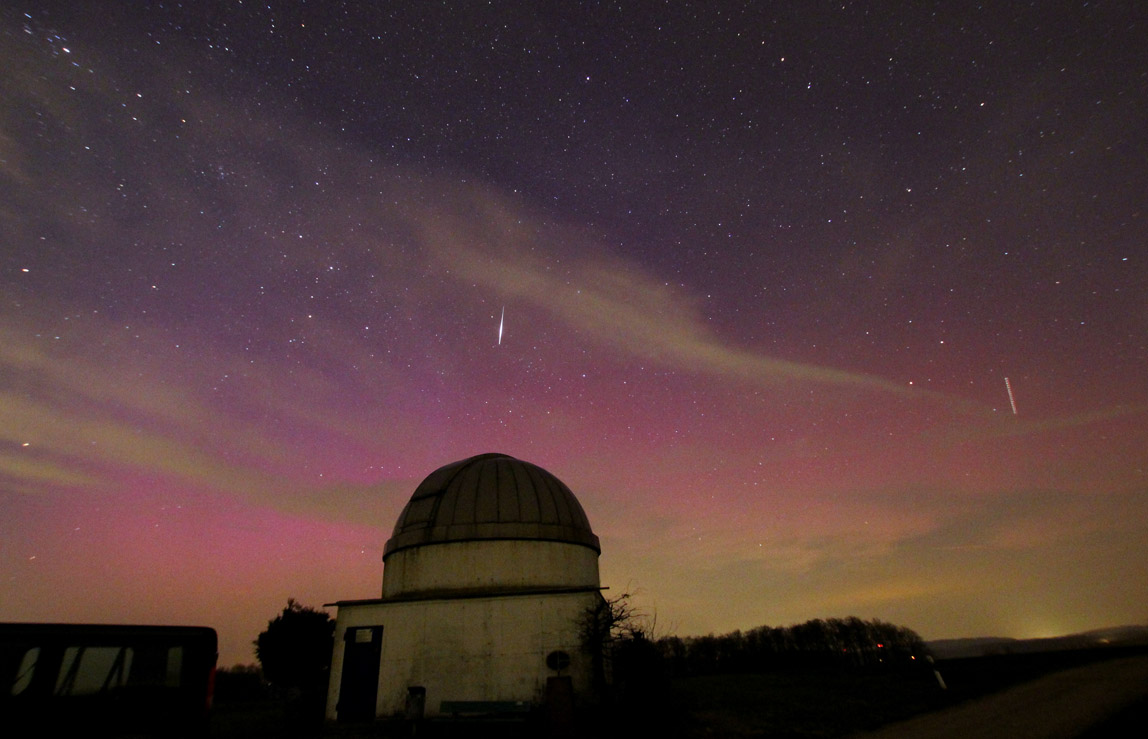 Polar light above our observatory with a flash of an iridium satellite
and the track of an airplane (right).

As the name implies, polar lights mainly occur in the polar regions of earth. Some of our AG members have already undertaken exkursions (Feb 2015, Oct 2015). But under certain conditions (March 2015) polar lights can be seen also in our region. In the following, information about increased activity of polar lights is displayed.

The following graph shows the orientation of the interplanetary magnetic field on the Y axis and the current solar wind speed on the X axis. The further the black box travels to the right, the higher is the disturbance in the earth's magnetic field and the more likely is the appearance of polar lights.

The next graph (KP index) shows the degree of turbulence in the earth's magnetic field in integers. A value of 5 means that a geomagnetic storm prevails. In Northern Germany, the probability to see polar lights starts at a value of 4, and in Southern Germany it is above a value of 7. If the KP index rises to 9, polar lights are almost 100% possible.

In addition to the past and present, the following presentation also provides an estimate of what is expected in the next few days of space weather. The following figure shows how the probability of an occurrence of polar light is geographically distributed over the next 60 minutes (approx.).